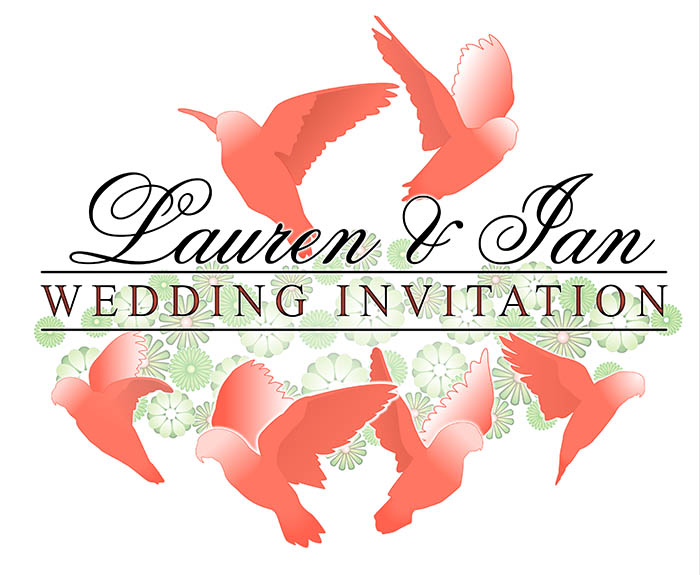 There are numerous trends that are proving strong in Wedding Invitations and Stationery this season.  Some are quite the antidote to the dominant vintage trend of recent times while as others could bethought of as an evolution or off shoot from vintage. 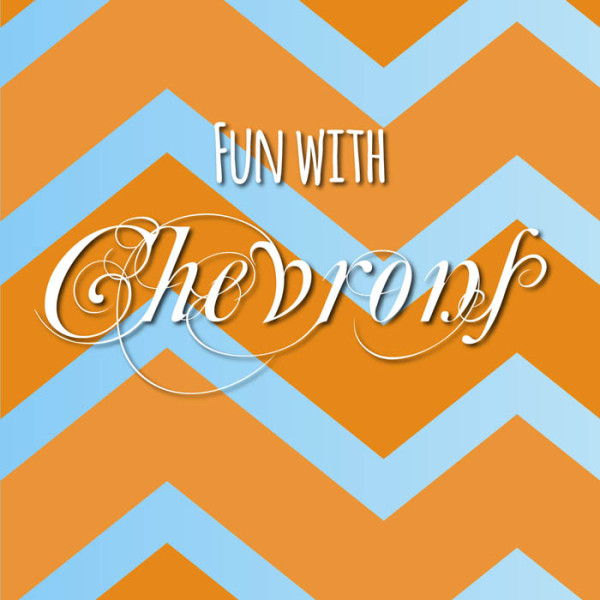 Chevrons, they’ve been a bit of a wedding trend for half a year or more and have proved quite popular since they burst onto the scene.

Chevrons are simple and bold, they’re not elegant, but they are fun, very fun I think.  They’re a great way of adding a bit of dynamism to the paper products that are present at your wedding.  Chevron’s are great for the Bride and Groom who doesn’t want a very traditional style of wedding and wants the event to be fun.  Though if you crave a little elegance this can be achieved through the fonts your pair it with.  Being very like arrows they suggest movement.  Point the chevrons upwards and that’s probably very appropriate at a wedding.

The downside is you may want to avoid certain colour combinations with them if you don’t want an industrial look.  I’m also not sure how well they’ll suffer the test of time.  They’re quite similar to stripes, obviously stripes  are never that far from being fashionable.  I’d use them if you genuinely like them rather than if you’re considering them because they seem popular at the moment. 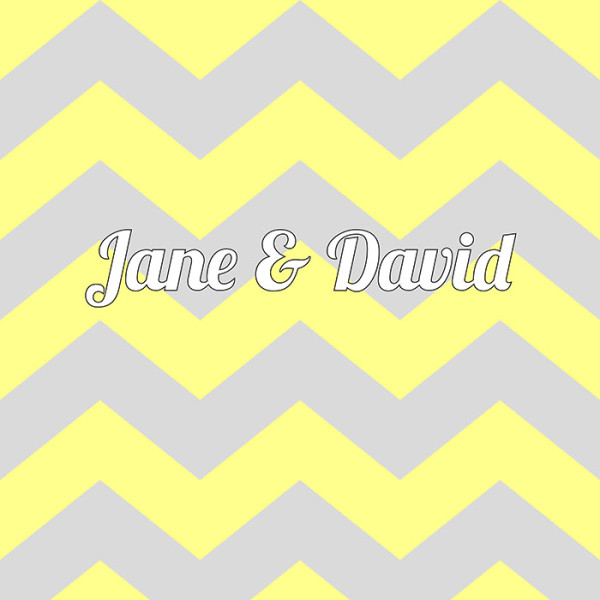 Simple Chevron design with Bride and Grooms names in

What is ombre? I think it simply is where one colour changes to another across a design.  This change is either in steps or as a smooth transition.  I initially found ombre a bit odd.  I’ve been seeing items which I now know are ombre style on pinterest back into late 2012 without realising they were a distinct style.  There’s two things I classed them as.  The first was of paint colour charts.  Where you start off with a light version of colour at the top and they progressively work in bands.  The other thing they remind me of is colour gradients, very similar to colour charts but there’s no distinct colours.  The blend is more seamless and any good graphics program should do these with ease. 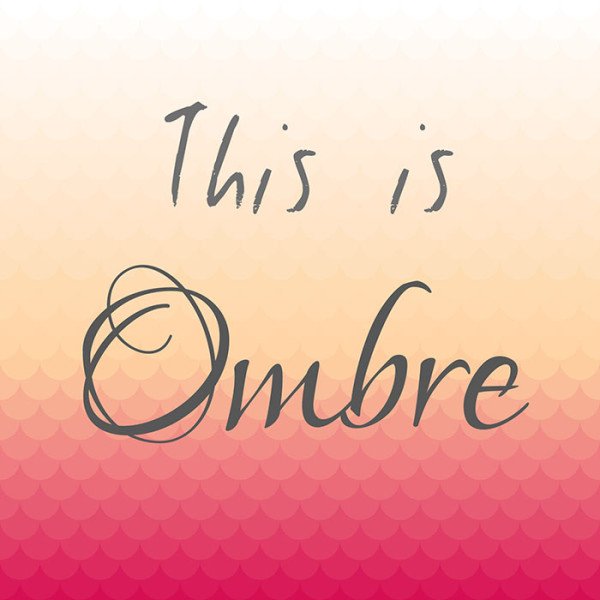 This is our take on ombre using several colours and scaled effect.

The colours used can be simple e.g. white to a specific colour or a light shade of a colour to a darker one.  Obviously white is quite popular to include for weddings.  The colour choice can be themed such as with beach colours.  Going from a sandy colour via white(breaking waves) to blue.

Again a style to choose if you really like it.  I like that it can bring a lot of vibrance and bright happy colours to an affair.

Birds have been making a bit of a comeback.  I’d like to think of it as a natural result from bird cages being so popular recently but it’s probably not.  A pair of love birds has always been a popular phrase so someone somewhere will always be selling something love bird related.  We have a design based on many pairs of love birds called Sassari.  Love birds are the common name for a group of birds – Genus Agapornis in which there are 9 individual species.

A lot of the birds that feature in weddings at the moment though are quite quirky in nature and have been very popular as wedding cake toppers to.  Given that the idea of a pair of love birds is well entrenched and birds can be elegant things I don’t think drawing on them for your wedding styling will ever be too bad a thing. 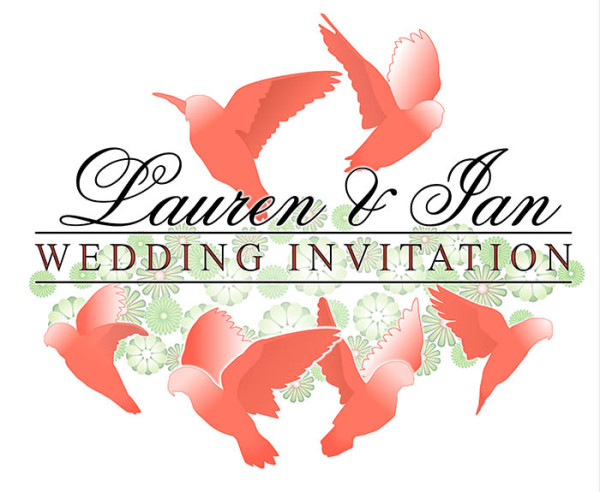 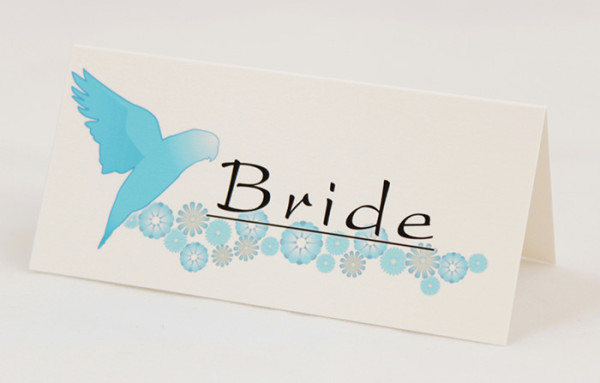 I think Art Deco and weddings is a match made in heaven if you are after a something with style, elegance and great design.  I am bit of a fan of Art Deco and if you don’t know why take a look at my post all about Art Deco here.  It’s been made popular again by the impending release of a film remake of the Great Gatsby.  [pullquote_left]It has been called one of the great American novels. [/pullquote_left] But I also think that the recently popularity of vintage has made people look for styles which are vintage but a bit more unique than the mismatched tea cups and plates.

Art Deco style sums up a lot of the preoccupations of the time that spawned it.  It’s both forward and backward looking.  Backward looking because it was an age of exploration and there was a lot of inspiration in ancient Egypt and the civilisations of South America.  Forward thinking because it was an age of great innovation and forward thinking, think of the sky scrapers like the Empire State building and the Chrysler building.  Travel was getting a lot better and vehicles were going from the early rickety contraptions to cars and planes with curves.  Before the great depression it was also a time of great opulence.

There is a lot of straight lines, geometric curves and symmetry in Art Deco.  The fonts associated with this style are also quite distinctive.  You can see a selection of them here: 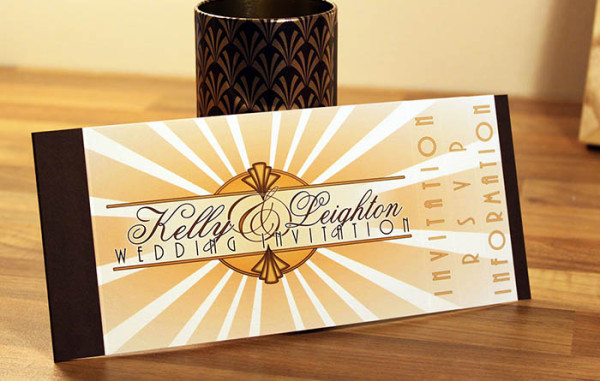 Artemis Stationery has some great examples of art deco influenced stationery.  Our Miami design features the classic sun rays as a background while bologna has been heavily influenced by New York architecture.  Capri was designed with elegance and opulence of the period in mind and can be complimented with Swarovski crystals. 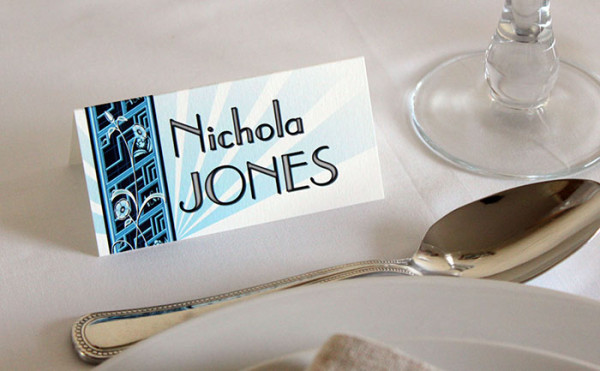 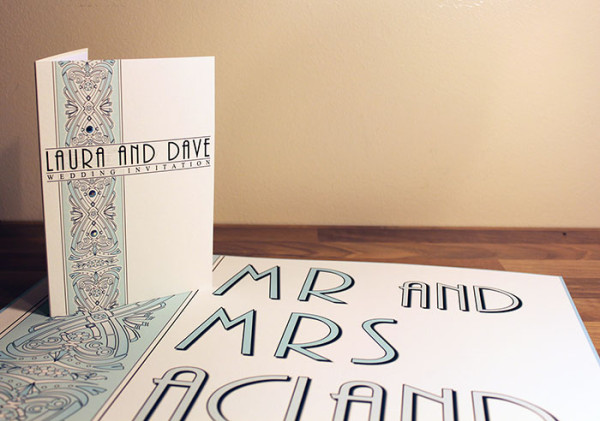 Art Deco is never a bad style to go with.  You don’t have to choose all 1920’s throughout your wedding, just cherry pick items you like.  [pullquote_right]I think the straight lines and symmetry can brilliantly contrast more natural and elegant items.[/pullquote_right]

Like what you see?  At the date of writing this there isn’t a chevron or Ombre design on the website but it’s something that can be done, after all the designs featured here are by Artemis Stationery!  So if you fancy anything seen here get in touch through the main website Artemis Stationery or email us direct using the email link in the profile below.  We make all kind of bespoke wedding stationery and invitations.  We have numerous types of bespoke invitations these designs could be used with. 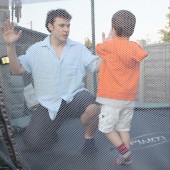 Artemis Stationery hand make exceptional stationery! Every product we sell is as unique as each of our wonderful clients. We can either begin with a blank canvas or use one of our unique stationery ranges and tailor it to suit yourselves and your wedding creating a special and unique product that doesn’t cost the earth. We are passionate about working closely with our clients and creating exceptional stationery for them. 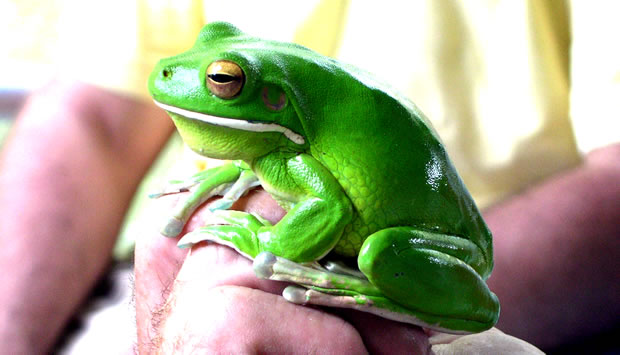 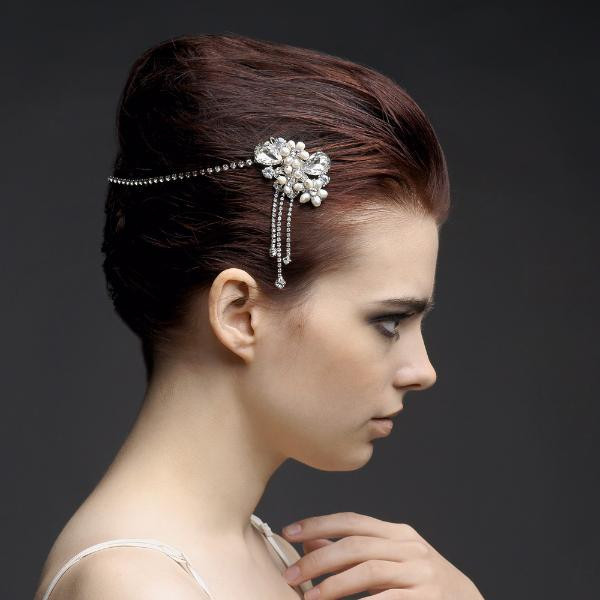 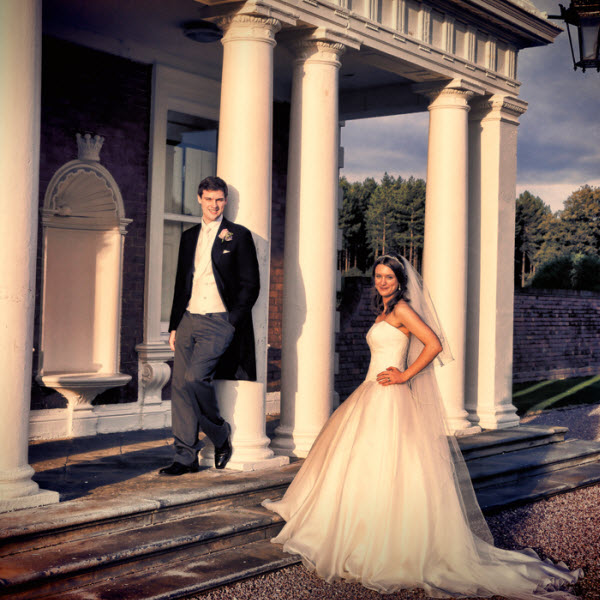 Wedding stationery: It’s all about the family! 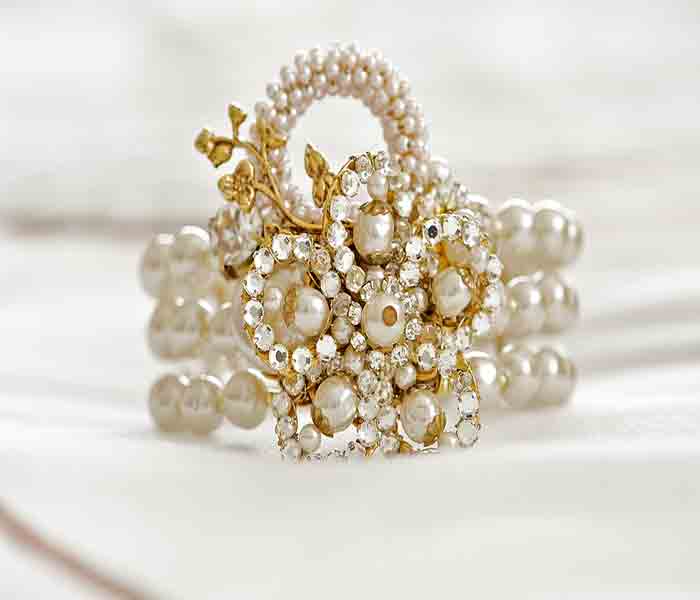 Wedding Fashion Through The Ages