Best Man, Groom & Father of the Bride Speech | No Fear! 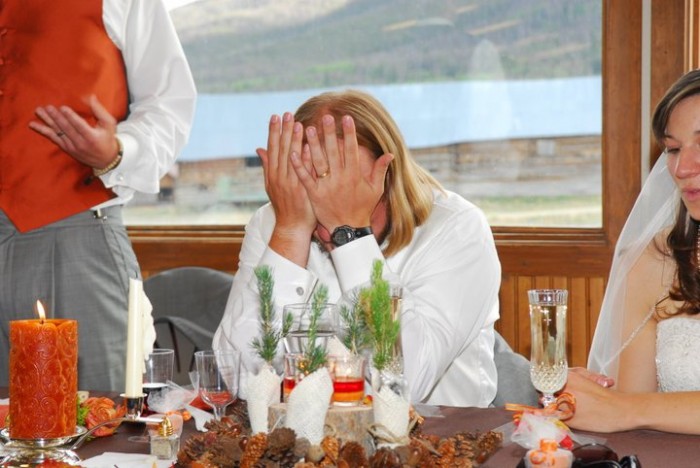 Getting The Cheshire Cat on Your Side 🙂

‘The sound of cheering and clapping echoed around the room as the last speech rang clear on the crystal glass to the toast of ‘The Bride and Groom’. Smiles and head nods reflected the mood of the room from the well delivered speeches.

The warmth and knowledge that her wedding was just as she imagined it encapsulated the bride as she continued to revel in the joy of her wedding day.

The groom, nodded to his best man as they smiled in silent acknowledgment of having worked and crafted their speeches to meet the day with the gusto of explorers who’ve just reached the summit of Everest.’

A Wedding to be remembered by all.

‘The nervous forced laughter swept the room as the red wine did little to reflect the blushes from sympathised embarrassment across the guests.

Another bead of sweat found it’s way into the toasting glass as the best man flurried his way through, by now, his shortened speech; daring the ending to take the last of his dignity away.

Months of frustration and fear now realised in the very words that left his mouth. The guests watched and prayed for a swift ending. The toasting glass tolled out its last ring as everyone raised a hand in more than a tribute to the bride and groom.

The glance from the bride to her new husband should not have been caught on film.

The groom stood and looked across the room wondering if his words would salvage this titanic of days. His bride gave him a quiet nod and she prayed for a second time that day.’

A Wedding day to be…

Just a bit of background so you understand why I’m writing this – I’m a consultant, trainer and business owner that helps people understand how to use their mind to create better feelings, be better at what they do and have happier, more fulfilled lives.

I’ve had 3 Best Man speeches to give in my time and (just the one grooms speech – but no father of the bride speech yet!) Before I got into all this ‘mind’ stuff – I was like many other best men with their best man speech – I was dreading it.

Being asked to be best man is a great compliment until you realise the enormity of your undertaking – giving a speech that will inspire, create humour & laughter, bring tears of joy and send your friend ‘the groom’ and his newly wed wife forward onto their voyage of matrimonial blissdom –

– That is until it hits you like a ton of bricks – YOU have to do The Speech.

Your Speech (The Best Man Speech, The Groom Speech or even The Father of the Bride Speech).

Making sure you have the right words, the jokes at the right time and the sensitivity to the newly wed couple and humour that would make Eddie Izzard look like a dry martini is no easy task, made less, by the performance skills of a flea circus and the ferociousness of a tiger without any teeth.

It’s no wonder the speeches are to be revered as well as feared.

The cause of this unrelenting panic, fear and anxiety for many of the men (and even the women who give The Brides Speech) starts the moment they agree to doing it.

This fear is probably one of the most common and prevalent fears in our society ‘Social Phobia’ and afflicts people in more ways than just giving speeches!

No Fear It’s the End of Fear!

But it doesn’t have to be this way.

We’ve come a long way since the days of Freud. No longer do you have to sit on a couch for 10 years telling him about your mother!!! In fact – having the confidence, fun and enjoyment of doing a speech can be a far cry than the way in which so many people imagine it will end up.

The new found social skills lead to many new and rewarding endeavors long after the smiles leave the room.

The purpose of me writing this post and series to follow, is to give you the best man, the groom, or father of the bride not just hints and tips, but skills and techniques that will make your day in giving the kind of speech you really want.

And of course, no less for the Bride to be, to revel in the joy that her special day really turned out the way she had always imagined.

Too fairytale for you? it might seem to be, but that’s my job, to help bring the tale to life with a happy ending.

What is Social Phobia?

‘Social phobia is characterized by a persistent, intense, and chronic fear of being watched and judged by others and feeling embarrassed or humiliated by their actions. This fear may be so severe that it interferes with work, school, and other activities and may negatively affect the person’s ability to form relationships.’ National Institute of Mental Health

The First Step – Who’s laughing at me anyway?

Most often when you imagine giving a speech, you see in your mind an audience that has a look like baying wolves with their prey in sight. Naturally, anyone who imagines this is going to get a fear reaction. Survival instincts kick in and the mental/emotional state drives this fear right into the wedding day.

No matter how much positive thinking or friendly advice you get, you’re up against the very thing that’s designed to keep you alive.

How therefore do you deal with it?

Thinking of the audience as a pack of wolves clearly doesn’t help. Trying to think of them as anything but, isn’t as good either.

One of the reasons you think like this is because you imagine that what other people are thinking about you is true.

That they’re waiting in the wings for a slip up, a mistake, a wrong word or phrase.

They’re waiting to have the laugh on you and see you fail. But is this really true? In your mind it is and therefore it’s your mind we want to change 🙂

A good start is to think what it’s like from the position of being one of the guests.

Answer these questions and get a new perspective:

Imagine yourself as one of the guests at the wedding –

You probably didn’t think of bad things about the person at all. In all fairness you possibly had sympathy for them and want them to do well.

The audience is with you, they’re on your side and want you to succeed as much as you do. Therefore, the fear really is in your mind and it’s this irrational fear and panic we’re wanting to deal with.

Because at the end of the day…everyone wants the first scenario at the top – and it can happen.

In the next post, I’ll go into depth in how to really see it from the position of the audience and start to change the way you think so you can look forward to the wedding day and give The Kings Speech!

P.S. Let me know some of your stories and what would help you make your speeches – The Kings Speech!

Rob consults and trains into organisations in how to use their mind better for better performance and results. Some of his clients include RIM (Blackberry), Nuffield Health, Virgin Media, Harris Corporation and the Royal Airforce. He’s also worked with one of the co-creators and leading proponents of ‘mind technology’ in the world where people such as Derren Brown and Paul McKenna use his work.